We came, we saw and we loved it.

The Chuck Mathena Center and Community Connections, Inc. held its inaugural Food Truck Frenzy. Where foodies and families alike could enjoy the best food and entertainment the region has to offer in Princeton, West Virginia.

This year’s festival promised to feature an impressive line-up of curbside chefs and their tasty creations, quality craft beer, and talented musical performances.

And they did not disappoint – at least for me.

We arrived at around 3 pm due to some traffic delays that had cars going at a snail’s pace. Upon finally arriving, we were greeted with the sounds from Jasmine Cain – which may have been my 16-year-olds favorite of the day – although getting a picture with Scott Bartlett was perhaps my favorite moment for him.

It is my understanding that this was the first year of this event happening and following the comments online people sure have a few things to say about this such as there weren’t enough food trucks or that they shouldn’t have placed the vendors on the grass and the patrons on the hot asphalt lot.

And this is what I have to say about it: It’s their first year and they are already talking about adding more food trucks – each event brings its own learning curve and amongst the all the coordinators present that day, I am sure that will happen.

And can we talk about the Beer Garden for a moment? I didn’t explore any of the beverages they offered (even though I am German ha) – but Devil’s Backbone was present – they are like in my backyard – which was a nice surprise to see a familiar Brewery 3 hours from home. And it looked like people enjoyed the beer garden.

But let’s get honest for a moment – the music was fantastic and when we arrived there were about 100 or so people and as the day went one more and more people came and showed up and the lines to the food trucks were quite long. At the end of the night, there were roughly 2000 people. Check out the Food Truck Frenzy Lineup.

I was unfamiliar with a few bands like Jasmin Cain, Smile Empty Souls, Coldville but I had heard of Eve to Adam, Hinder and the Blue Oyster Cult. There is something about live music and being able to interact with the musicians because I found that at those venues they are more inclined to mingle and have conversations with you so you can get to know them.

Because we were late, I missed Coldville and I am sad for this but I was able to talk to the band for a few minutes and found out that just prior to arriving they got themselves a ticket because in Virginia (where I live) it’s not uncommon to go from 60 mph an hour to 40 mph and the signs are easily missed. If you happen to catch them live somewhere, buy some merch to help them out.

I hadn’t really looked at who was playing and was pleasantly surprised by Mad Souls (SCOTT BARTLETT & CJ JOHNSON) who played some of the Saving Abel Songs in acoustic. After their set, I talked to Scott for a few minutes about his foundation he started due to his near-death experience with cardiac arrest. He’s passionate about with his foundation to support pediatric heart patients everywhere. And as a mom with a child whose son spent 3 years in the hospital more or less and underwent 3 liver transplants – I get this kind of passion.

But let’s not stop there because I talked to Taki Sassaris from Eve to Adam for a few minutes – one of his campaigns is to eradicate Veteran Suicide – he wants to see it gone and no longer exist after men and women put their lives on the line for their country.

This, this is what you can experience when you show up when the event begins – to talk to the musicians, to experience their music and hopefully become a fan.

We know that headliners bring in the people but it’s definitely a little disappointing that people aren’t coming out to see and meet the bands that played before the big dudes. But maybe I’ll continue to show up and do little , doing that one small part I can to support live music no matter how big or small the bands are.

Every single band or musician that comes to play deserves the same kind of support than the big dudes – everyone has to start somewhere and how cool would it be that you could say that you met them before they got big? Or better yet, how awesome would it be for you to find some new music to listen to?

For $10 pre-sale tickets and $15 when getting them at the gate to see 11 different bands playing, that’s pretty amazing at least in my book. I certainly have spent more money just seeing 2 or 3 bands over the years.

It’s easy to forget or just not be aware of the work that has to go into making anything like this happen and I also hope that Food Truck Frenzy 2020 will be a thing.

So I would keep my eye’s out for it in the future and you can do so by liking the KingPin Event Promotions!

You have Successfully Subscribed! 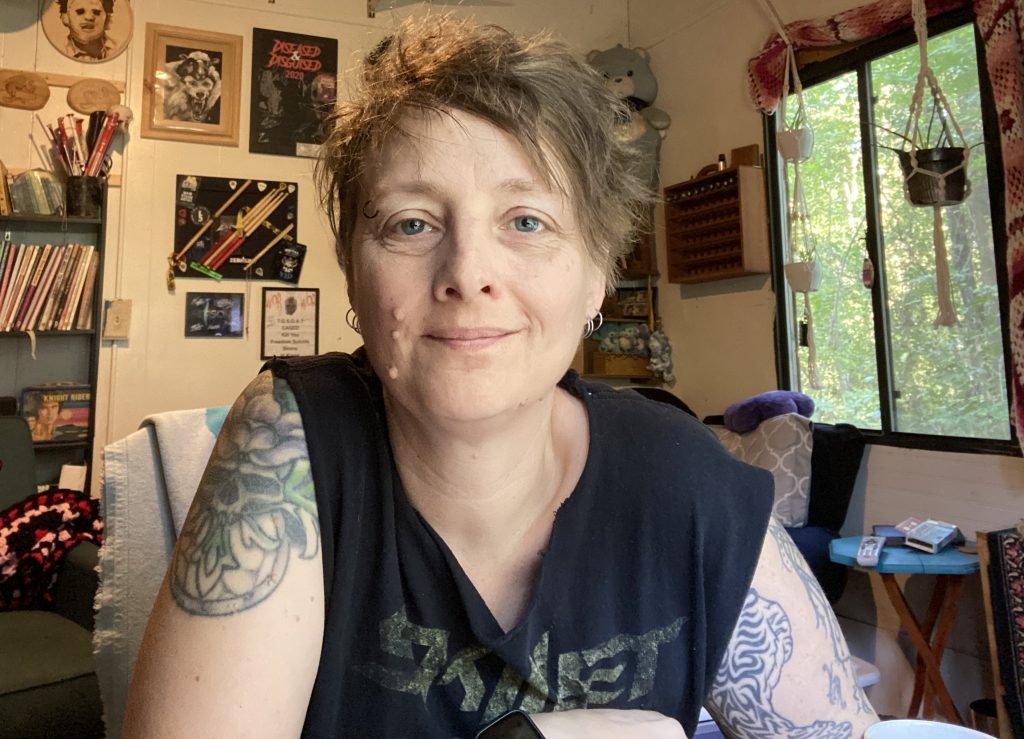 Goal Mindset Mentor helping creatives, multi-passionates and rebels transform their mindset, strategies and habits so they can go from confusion to clarity and fill their lives with love, joy and productivity!

Join the Community Free ResourcesWork with me

Weekly newsletter to start your week off. We've got recommendations, tips, and our latest blogs for starting your week with success.